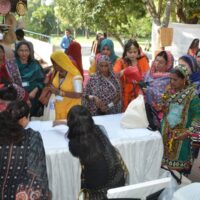 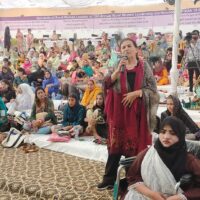 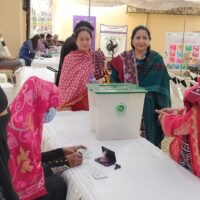 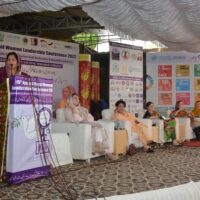 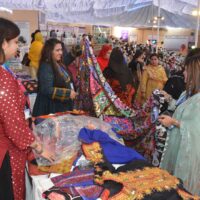 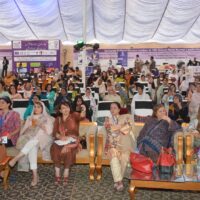 Since 2008, PODA has spearheaded a campaign to amplify the voices of Pakistani rural women, addressing their priorities from a collective platform through its annual conference on the International Day of Rural Women. The 15th of October has been declared by the United Nations as the ‘International Day of Rural Women’ and PODA has been organizing its annual conference regularly since 2008. One of the most significant aims of this event is to facilitate the rural women of Pakistan in meeting their sisters from other provinces and regions in order to share their experiences, reflect on lessons learned and strategize collectively for local action in their respective areas.

Voices demanding an effective role for rural women in our patriarchal societal norms need to be strengthened and affirmed consistently. The women of the rural areas of Pakistan themselves need to be empowered and equipped with the confidence and the independence to stand up and claim their equal place in society. The conference campaign provides a vital platform that can change the role of rural women – from one of “vulnerability” to that of “effective change makers” – by building linkages and partnership models which are affirmative and concrete in deliverables and outcomes.

To celebrate the International Day of Rural Women, Potohar Organization for Development Advocacy (PODA) organized its 15th Annual Rural Women Leadership Conference 2022, from 13 to 15  October 2022 at Lok Virsa, Islamabad. The conference was attended by over 700 rural women from 117 districts of Pakistan. The theme of this conference was: “Rural Women’s Leadership in Disaster Risk Reduction & Good Governance”. In addition, the conference was attended by university students, media persons, academicians, and researchers.

Federal Minister for Planning, Professor Ahsan Iqbal, Federal Minister for Human Rights, Mian Riaz Husain Pirzada also spoke in the conference. The Chairperson of National Commission on the Status of Women and Chairpersons of Provincial Commission on the Status of Women of Sindh, Punjab, Khyber Pakhtunkhwa, Balochistan, Azad Kashmir, and Gilgit-Baltistan also participated in the conference. The conference was widely covered by national and regional media. It was also broadcast live on PODA’s Facebook page.

The conference participants, especially those who had come from flood-hit areas, highlighted issues facing rural women and also took part in deliberations put together a Charter of Demand (Resolution), which was adopted by the conference participants. Post-conference, PODA will formally submit this Resolution with the relevant Federal Government Ministries, Provincial Government Departments, as well as the donor organisations, and will launch a follow-up plan to document the impact of the conference at policy and operational level.

For more information about the conference, visit PODA’s page here