Members from civil society organisations, National Human Rights Commission, lawyers, academicians, researchers, and media personnel were present in the workshop. The workshop mainly focused on UNCAT and its implementation in Bangladesh; engagement with UNCAT by civil societies and National Human Rights Institutions; engagement of human rights defenders in monitoring and prevention of torture; use of advocacy tools; and strengthening human rights defenders’ network to support the implementation of UNCAT.

The speakers of the workshop said that Bangladesh acceded to the UNCAT 20 years ago in 1998, however, it has not yet submitted its initial state report to the Committee against Torture. Under Article 19 of the Convention, it has to be submitted within one year from the date of ratification or accession. The Committee has finally decided to consider Bangladesh’s observance of the UNCAT in its 67th Session (August 2019) even without its initial state party report. Conceiving the responsibilities and obligations to ensure protection against torture, Bangladesh has enacted the Torture and Custodial Death (Prevention) Act in 2013. However, this act is not being properly implemented because of its limitations, political will, and influence among law enforcement agencies.

Currently, Bangladesh is adorning the seat of the United Nations Human Rights Council for the third time. It has been selected for the post of elected to Board of Directors of ICC Trust Fund for Victims. Additionally, it is leading to many human rights causes including that of Rohingyas. At the same time, the human rights situation in Bangladesh is deteriorating and the people are facing systematic violations of civil and political rights, including violations of the rights to freedom of expression, a shrinking democratic space and dysfunctional justice delivery system due to politicisation in the judiciary and deprivation of the right to life.

The speakers of the workshop discussed about the engagement of civil society organisations and the ways of submitting alternative reports. They also made some recommendation for the Government to remove limitations of the Torture and Custodial Death (Prevention) Act in 2013. 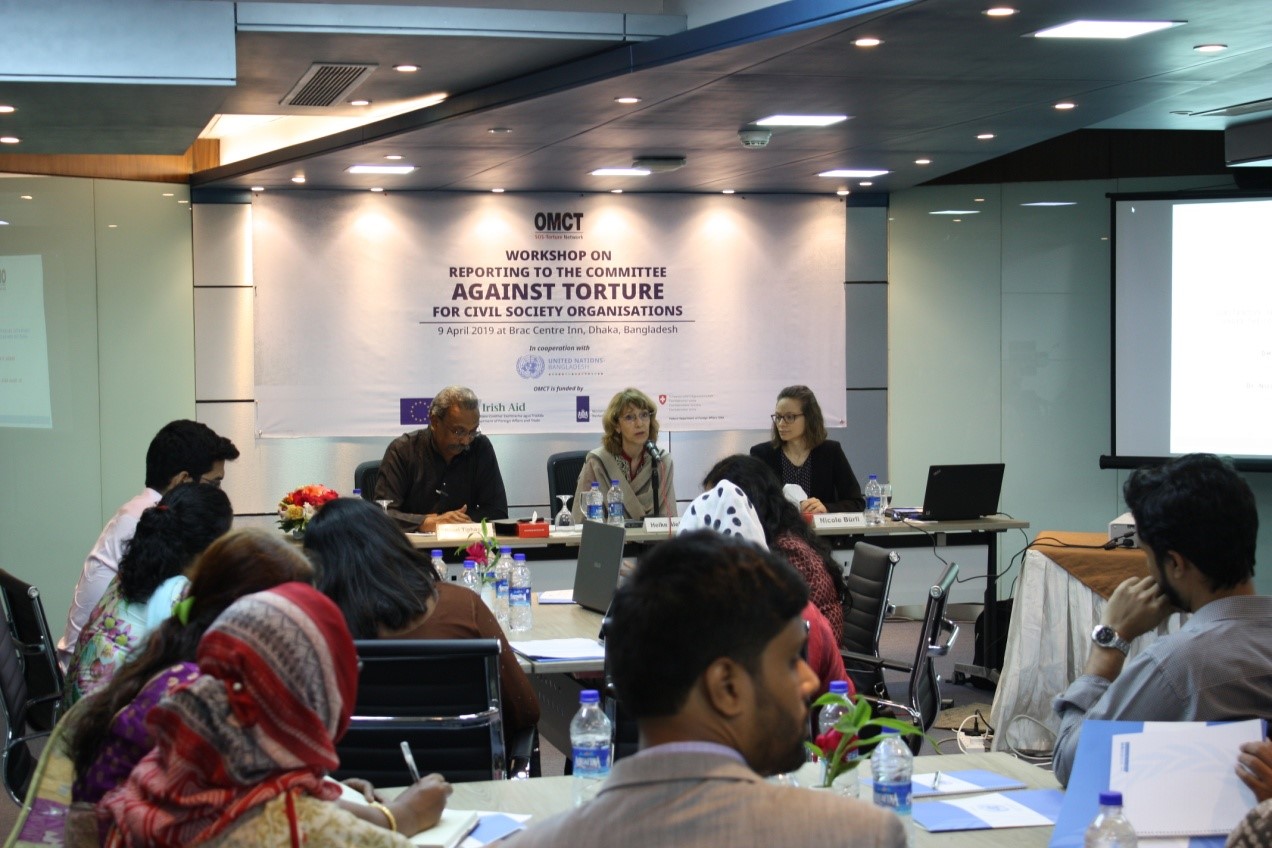