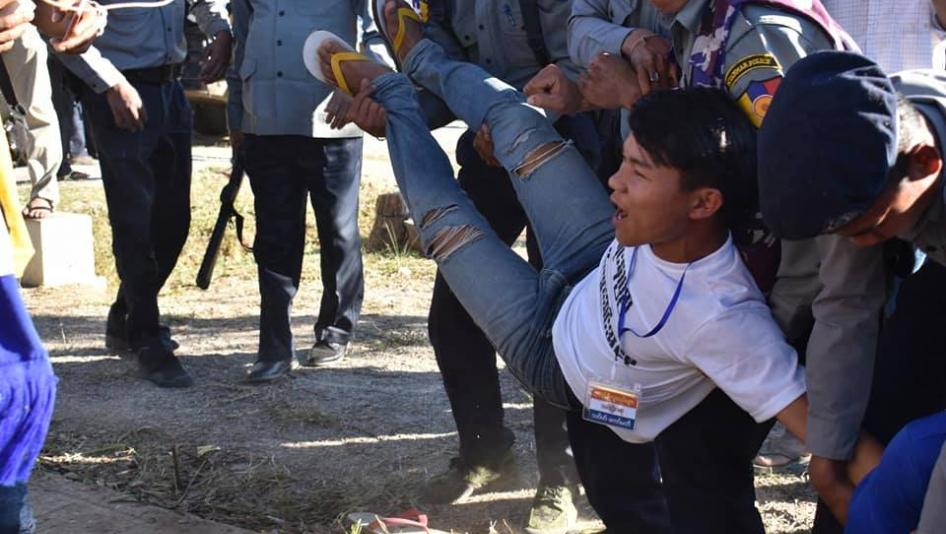 (Bangkok, 17 February 2019) – The Asian Forum for Human Rights and Development (FORUM-ASIA) condemns the Myanmar police’s violent response to a demonstration by Karenni people in Loikaw, Kayah State, Myanmar. FORUM-ASIA calls on the Government of Myanmar to respect the rights of all ethnic minorities to the freedoms of expression, association and peaceful assembly, and to immediately investigate the violent dispersal of the protesters as a violations of these freedoms.

On 12 February 2019, the Myanmar police used rubber bullets, tear gas and water cannons to disperse thousands of Karenni, who were protesting by a recently unveiled statue of General Aung San in the predominantly Karenni city of Loikaw. More than twenty protesters were injured in the dispersal, while dozens were arrested, and charged with violating the Peaceful Assembly and Peaceful Procession Law.[1] The majority of the charges were later dropped, as part of negotiations between those opposing and supporting the statute, a conflict which is hoped to be settled within a month.[2]

Protesters argued the opposition was not against the late Aung San, but rather against the Government’s failure to implement his promises to promote the rights of ethnic minorities. The statue is a reminder of the lack of recognition for their right to self-determination. The Karenni have been left out of decisions that affect them, and have consistently faced reprisals for criticising government policies.

Since July 2018, when the plan for the statue was initiated, it has faced strong opposition from local Karenni. An earlier demonstration led to 23 people being charged with violating the Peaceful Assembly and Peaceful Procession Law and Penal Code. Initially, only 17 of them were granted bail. The remaining six activists declined to request bail, and remained in detention. After almost two months of detention, they decided to still request bail, and were released on 29 August 2018.[3]

Despite the protest from the community, the statue was erected at the end of January 2019. This went against the initial promise from the State’s Chief Minister that he would get the community’s approval prior to moving forward with the plan.[4]

FORUM-ASIA calls on the Government of Myanmar to investigate the excessive use of force against the protesters. The Government should guarantee a safe environment for the exercise of everyone’s rights, including the right to actively and inclusively participate in decisions-making processes on issues that affect them without fear of reprisals.

We also reiterate our call to the Government of Myanmar to accede to the International Covenant on Civil and Political Rights (ICCPR), and to ensure consistency of national laws with international standards. In the process of acceding to the ICCPR, the Government should review and revise the Peaceful Assembly and Peaceful Procession Law, as well as other repressive laws to ensure consistency with international standard.[5] Most importantly, we urge the Myanmar Government to uphold the rights of its citizens from all ethnic communities, as a necessary condition for Myanmar to move forward in its democratic transition.