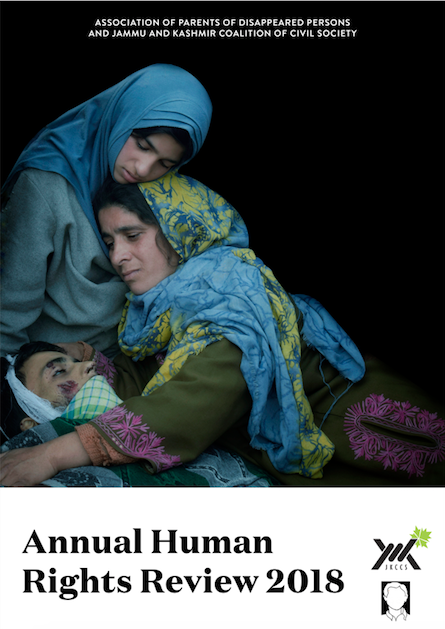 The Annual Human Rights Review 2018 is published by the Association of Parents of Disappeared Persons(APDP) and Jammu Kashmir Coalition of Civil Society(JKCCS). It summaries key human rights issues facing Jammu and Kashmir.

The report provides an overview of various types of human rights violations, relevant statistics, the people who are targeted, and addresses the underlining issues of impunity and militarisation in Jammu and Kashmir.

For a PDF version of this Review, click here