‘Business and human rights is emerging as an important issue’ – Interview with Hyun-Phil Na, Director of the Korean House for International Solidarity (KHIS)
5 December 2017 11:38 am 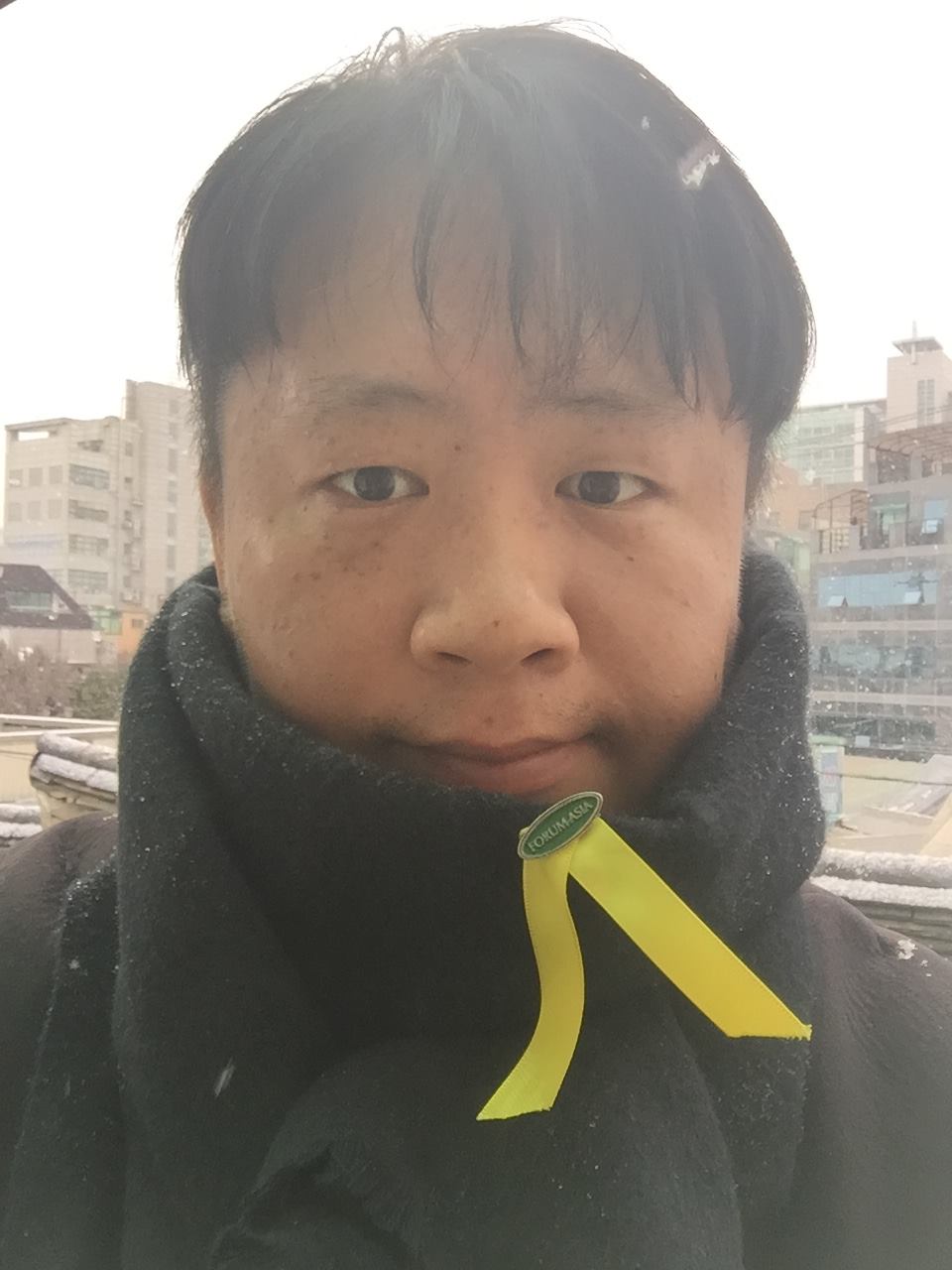 For this month’s e-newsletter, FORUM-ASIA talked to Hyun-Phil Na, Director of the Korean House for International Solidarity (KHIS). KHIS is a non-profit, non-governmental organisation based in Seoul, South Korea, whose mission is to advocate for human rights issues and democracy, mainly focused on the Asia Pacific region. KHIS has long been a member of FORUM-ASIA.

In this interview we asked him about his background, his motivation, inspiring moments and challenges. And had the opportunity to learn more about his beliefs as a human rights defender.

How did you become involved with the human rights movement?

My graduate school offered internship opportunities during vacation. All my classmates choose to join multinational corporations or public organisations, but I wanted to do an internship with a non-governmental organisation (NGO). So I searched the Internet for an international NGO in Korea, and that is how I found the Korean House for International Solidarity (KHIS). It was the only NGO in Korea that I could find with the word ‘international’ in its name.

When you look back at yourself as a student activist and compare it to yourself now, have your motivations, when it comes to human rights, changed?

Now I am a full-time activist, but human rights are not my main focus. Still, when I meet with victims, I recognise and understand the importance of human rights. I learned that human rights, especially the UN Human Right Mechanism, are incredibly important.

I also want to say thank you to FORUM-ASIA. I participated in a training programme focussing on the UN Human Rights Mechanisms some time ago, the programme was organised by FORUM-ASIA. It changed how I look at international human rights mechanisms.

One of the areas of work of KHIS is to monitor Korean companies overseas. When I was a student activist, I just focused on labour class, at working class people, but now I see things differently. There are many people involved when it comes to such issues: Korean managers and owners; Korean staff; the normal citizen in Korea; and so on. They can all be both perpetrator and victim of violations. That is why it is important to listen to all stakeholders when it comes to any particular case.

What have been challenges you have had to face when it comes to your work?

Nowadays multinational companies are more difficult to deal with than Governments, I think. People associate Korean companies with patriotism, with being Korean. They make money on the trade, they even create jobs.

I try to explain that human rights are universal. Every person has human rights. But many Korean people do not see it that way.

Now the Korean people have realised the so-called candle light revolution. We achieved some political democratisation. But we still have not realised our economic and social rights. Korean trade unions are still not legally allowed to hold strikes.

Korean citizens do not like to be called workers. The word ‘workers’ is considered very negative in Korean society. That is why the Korean human rights ombudsman for Korean companies overseas is not listened to, the Korean Government is not really concerned with this matter. Even now, the new Government recognises they are there, they are the result of the candle light demonstration, but they do not recognise the importance of these issues.

So what is something that has given you hope that there is the possibility for change?

Last September, the Korean Government had to report to the UN Committee on Economic, Social and Cultural Rights (CESCR). According to the concluding observations of the CESCR Committee, the Korean Government should introduce legal obligation on overseas Korean companies, like setting up an Ombudsman on human rights to address existing problems.

The international trend is that there is change. Business and human rights is emerging as an important issue. So if Korea wants to remain a member of the UN and Organisation for Economic Co-operation and Development (OECD), the Korean Government and Korean companies will have to follow this trend. So that is why the Korean Government now is listening to the voices of civil society, and trying to learn from experts and other international organisations.

So yes, I feel the atmosphere is changing. So we have hope, not much, but anyway. We can introduce some terminology to the Korean Government, concepts like due diligence, human rights impact assessment and that sort of things.

So as a final question, if you could meet student activists, or yourself so many years back, what advice would you give?

I hope they will visit many places. The younger generation of Koreans visits many places, many tourist sites. So I hope that they when they visit these sites, they think about the lives of the people there. If they eat at a restaurant, that they notice if the people working there are very young. Not just because they are friendly or energetic, but that they recognise the human rights concerns, concerns of child labour maybe.

If they have the opportunity to visit other countries, they should develop a human rights consciousness and recognise how people are living in these places.