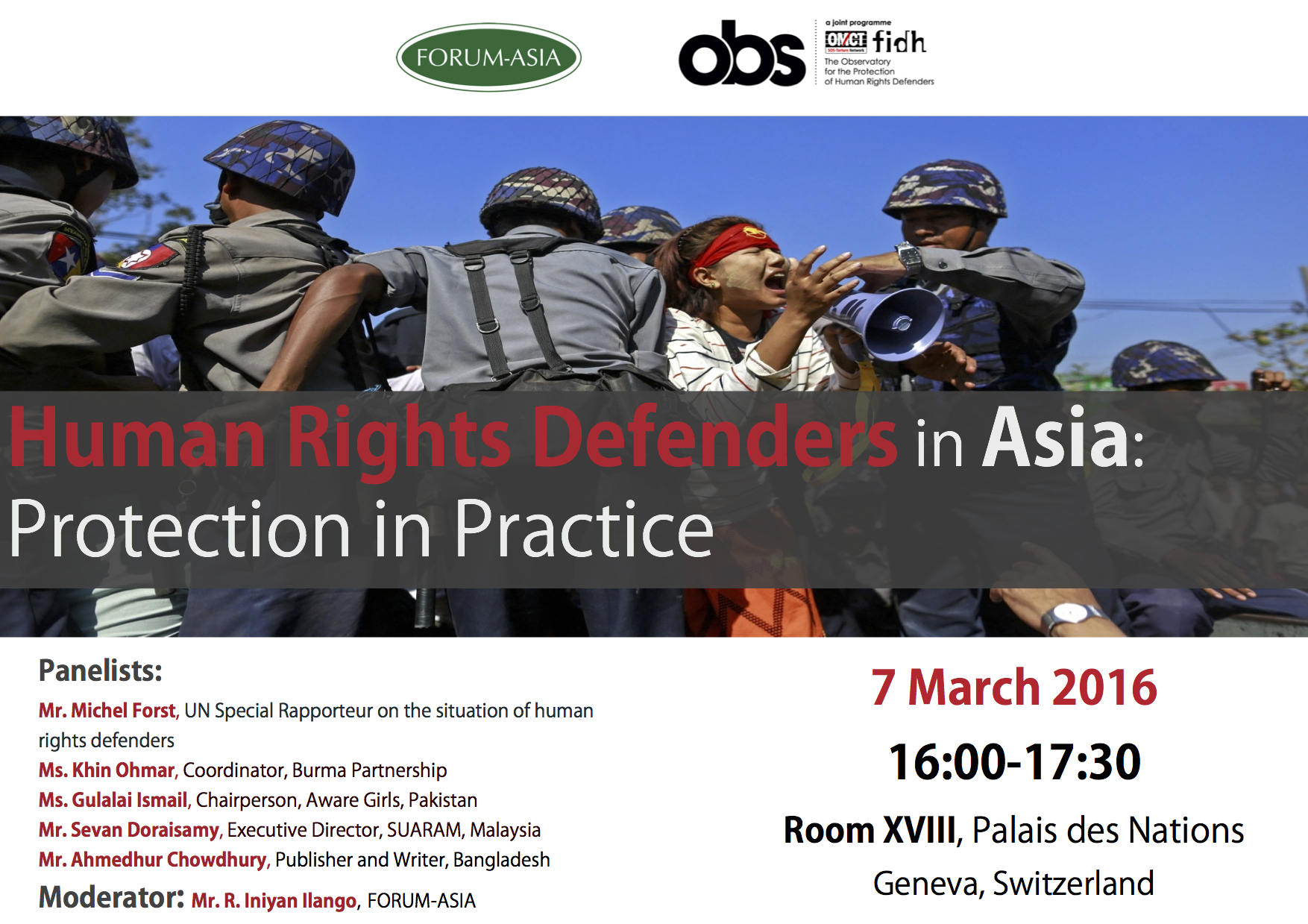 As people working on the frontlines of human rights work, human rights defenders (HRDs) often face daunting risks in carrying out their daily activism and community engagement. We continue to witness brutal murders, enforced disappearances, torture, arbitrary detention, judicial harassment and intimidation against HRDs. They face threats from both state and non-state actors including large companies and businesses.

Like in many other parts of the world, protection of HRDs continues to be a key issue and challenge in the Asian human rights movement. While protection of HRDs should be top priority given the pivotal role they play, in the past we have seen how it’s often an uphill task even to get states to acknowledge their important and legitimate role.

These challenges came to the fore again in November 2015 when for the first time in its 16-year history a vote was called on the UN General Assembly resolution on HRDs. This after the resolution first tabled in the UNGA’s Third Committee was opposed by 14 countries, while 40 others abstained. The resolution titled ‘Recognising the role of human rights defenders and the need for their protection’ encouraged Member States to take measures to protect and support HRDs, their family members, associates and legal representatives at all stages of their work. Though the resolution was finally adopted in the UNGA it highlighted the institutional challenges that HRDs face in their work

The shrinking space for civil society has only further exacerbated these challenges.

Some of the key protection-related challenges faced by HRDs in Asia include:

In this context the side event will attempt to: