[Report] The Hands That Feed Us: Struggles of Women Agricultural Workers in Pakistan
23 December 2022 3:37 pm 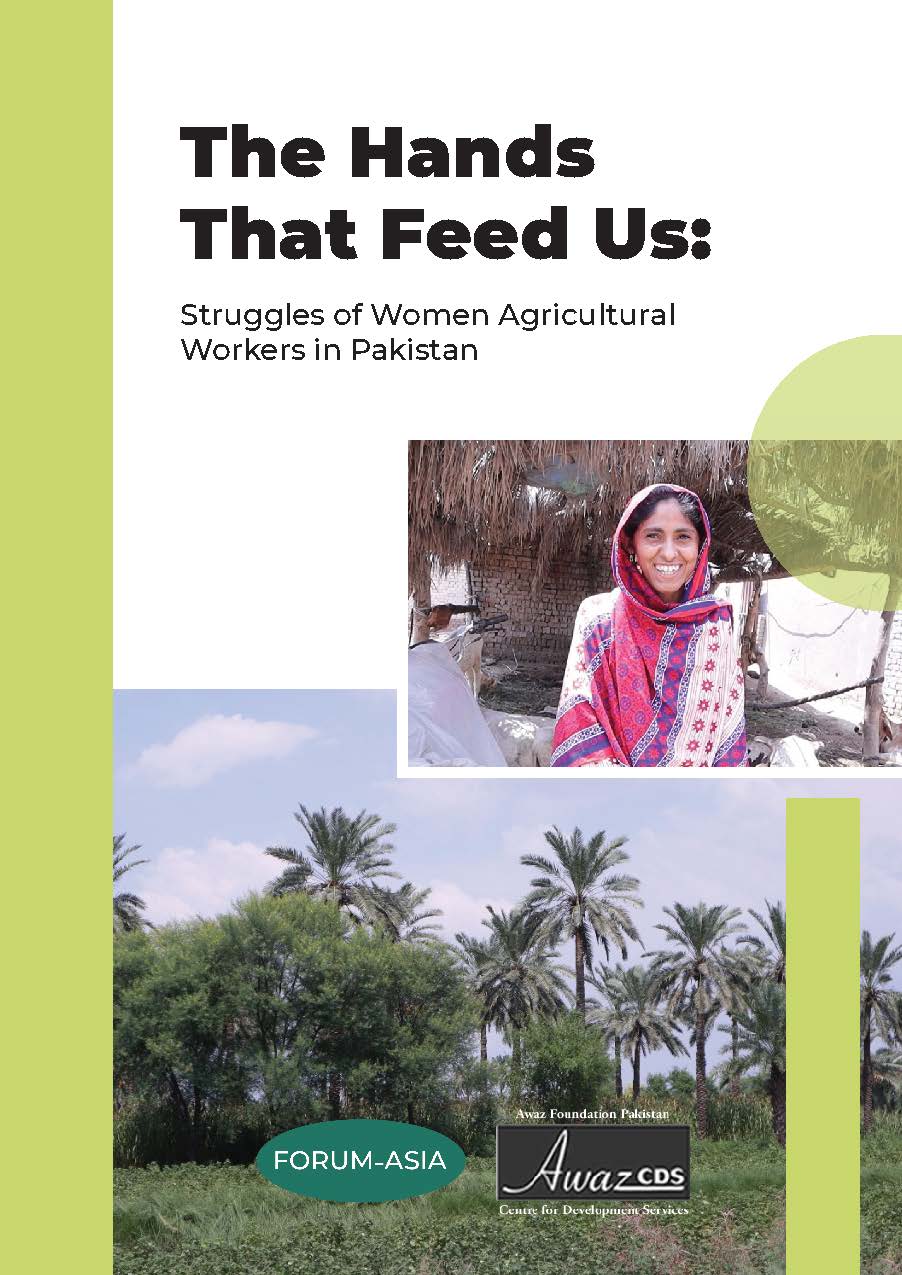 Pakistan is the world’s fifth most populous country. Agriculture, directly and indirectly, employs 37.4 per cent of the country’s labour force, 70 per cent of whom are mostly located in rural areas. Not only do rural women receive fewer wages than men, but WAWs are susceptible to malnutrition, discrimination, violence and ill-treatment, including exploitation and sexual harassment. Pakistan’s patriarchal culture has its roots in legal, political, cultural and economic factors that negatively impact on women. This discrimination is part of a broader landscape of systemic gender inequality in the country.

The women in Sindh and Punjab Provinces, and in particular the target districts of Sukkur and Rahim Yar Khan respectively, are engaged in livestock management, home-based farming or working in the fields to meet their household expenses, as well as to cope with poverty. WAWs significantly contribute to household incomes through cash remuneration or crop shares. Despite this, women– especially agricultural workers living in rural areas– are faced with challenges of fundamental rights, rights to a decent work environment, gender rights and equality.

This study captures and triangulates the context and provides recommendations for policymakers and implementation bodies. The findings of the FGDs and individual direct interviews (IDIs) with stakeholders highlighted similar key challenges for WAWs, i.e., low compensation and unfair pay, bonded labour, lack of health, safety and healthcare accessibility, and lack of knowledge and awareness regarding laws and policies. Government stakeholders expressed a lack of human resources and monitoring mechanisms to ensure compliance with existing policies and regulations, and the political leadership viewed the challenges as cultural norms and context. The recommendations have been documented to provide the baseline for advocacy and to create awareness at all levels to protect the rights of WAWs.

This report is a synthesis of formal interviews, focus group discussions and desk research by FORUM-ASIA and its member Awaz Foundation Pakistan: Centre for Development Services. Awaz CDS provided guidance, expertise and vital support, without which, this support woulod not have been possible.