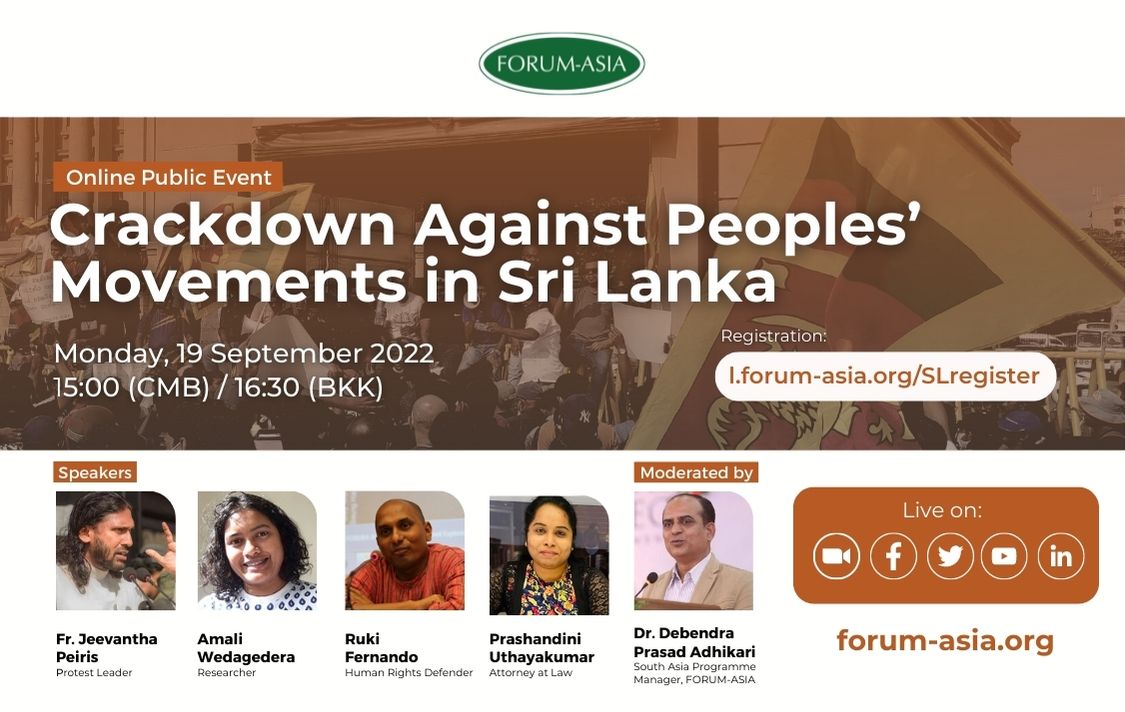 Plagued with power cuts, soaring fuel prices, and shortages of essential items since January 2022, Sri Lanka is facing its worst economic crisis since independence. The people of Sri Lanka took to the streets in droves to protest against the government under former President Gotabaya Rajapakse. They demanded accountability for the policies and measures that led to the crisis.

In response, peaceful protestors were met with violence perpetrated by authorities including physical assault, tear gas and firing. The government also restricted peoples’ right to the freedom of assembly, and cracked down on human rights defenders and the media.

The crackdown against activists and protestors have only intensified since the new government took charge under President Ranil Wikramasinghe. More trade unionists, student leaders, journalists, activists, and lawyers are facing arbitrary arrests, detentions, intimidation and surveillance. The army forcefully dispersed and destroyed the epicenter of the protests at Galle Face.

Despite all odds, the people of Sri Lanka are continuing to voice their dissent and seek accountability from the government. The government and authorities, instead of focusing on economic reforms, are keen in ending the peoples’ movement.

Join us at this online public event to hear from human rights defenders who have been at the forefront of the crisis, as they speak about their experiences at the protests and as a part of the peoples’ movements in Sri Lanka. The event will discuss the ongoing crackdown against human rights defenders, and identify ways foward.