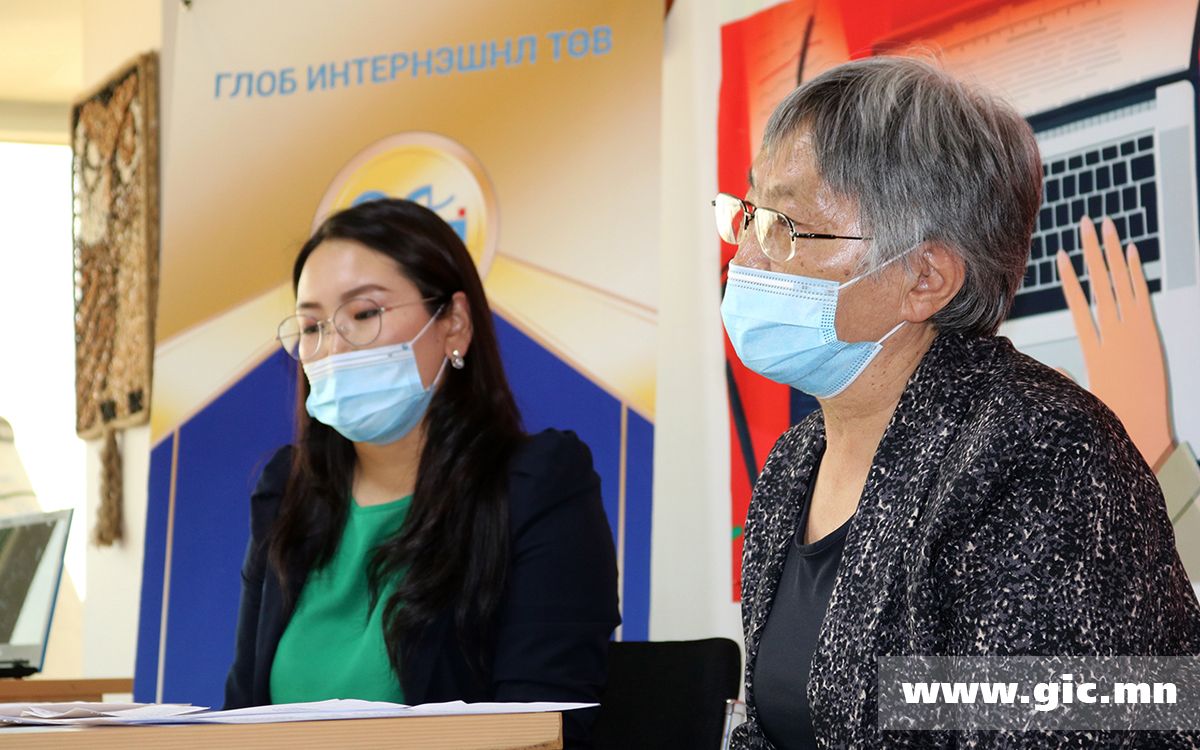 GIC organized a Facebook live event on May 1st 2020 for World Press Freedom Day due to the COVID-19 pandemic. This day seeks to raise awareness about Press Freedom and commemorate the right of freedom of expression.

In 2020, Mongolia is ranked in 73rd place in the World Press Freedom Index by RSF, dropping three places compared to the previous year.

GIC has annually registered the violations affecting the professional work of journalists in Mongolia. They presented the results during this Live event. In this year, they registered a total of 274 violations affecting the professional work of 86 journalists. Among them, 51.2% of journalists noted they have experienced someone “Demanding [that they] reveal sources of information”, which was the most common violation recorded in the survey. Mongolian journalists are also self-censoring and fear further possible reprisals, attacks, and assault. 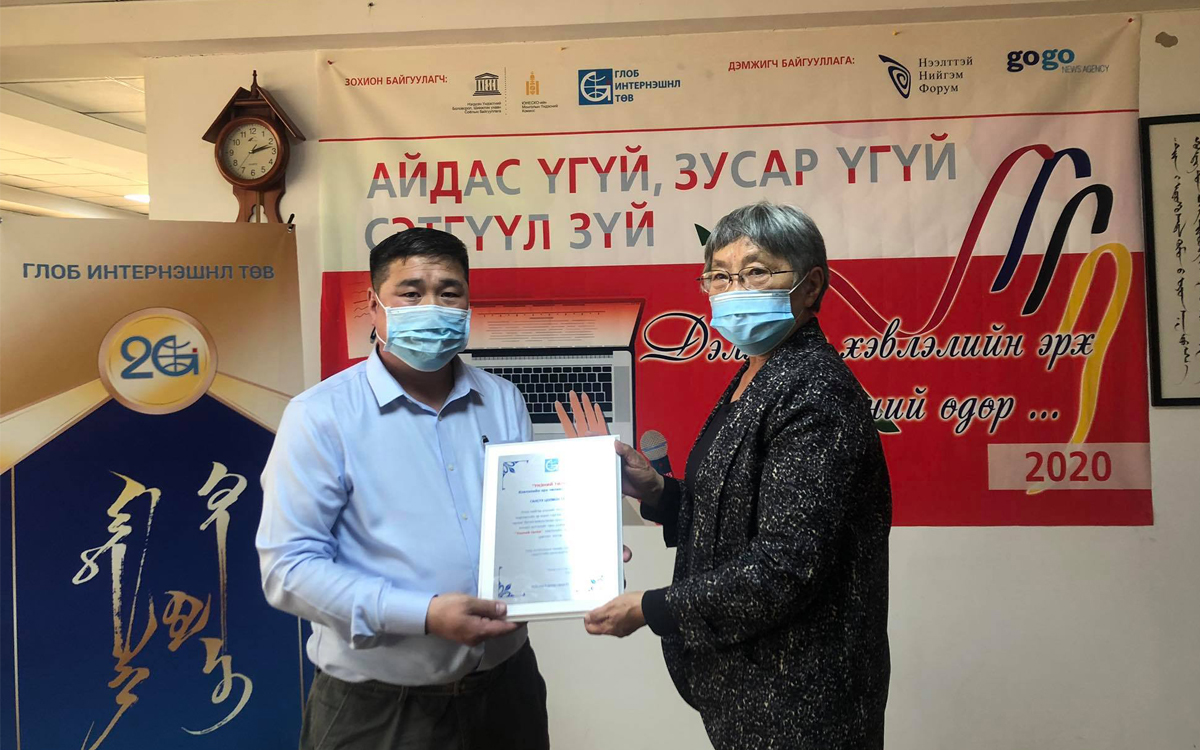 On this day, GIC also celebrated the 12th annual Media Freedom Award “For the Truth”, which was awarded to G. Tsolmon of “Unuudur” daily newspaper, who has been working as an investigative reporter since 2003.

Mr Tapan Mishra, UN Resident Coordinator, highlighted “independence as a necessary condition for the fulfillment of press freedom”, especially because “persisting and new forms of control of media have threatened journalism’s role in providing the public with reliable facts, inclusive views and a diversity of cultural expressions”.

Traian Laurentiu Hristea, Office of the EU Resident Coordinator and S. Uyanga, Secretary-General highlighted that “We will only be able to tackle the challenge if we act in solidarity, in possession of reliable information. Only armed with accurate facts and verified information we can protect the most vulnerable and find lasting solutions and remedies to support the health and economic sectors that are under great distress globally”.

S. Uyanga, Secretary-General, Mongolian National Commission for UNESCO outlined the importance of independent and professional journalists and called for “Journalism without fear and favour” in Mongolia.

Kh. Naranjargal, President, Globe International Center and Chair of the National Committee of the UNESCO IPDC, gave a key note speech. Her speech focused on Mongolian press freedom’s current issues, the legal environment, and the importance of safety of journalists. GIC, alongside the Media Council of Mongolia, conducted a survey for Journalists Safety monitoring in 2019. According to this survey, sexual harassment in the workplace was more common among young journalists under the age of 25. The female journalists were twice as likely as men to be physically assaulted, four times more often than men. Based on this basic information, she highlighted that further detailed research and policy development is needed. 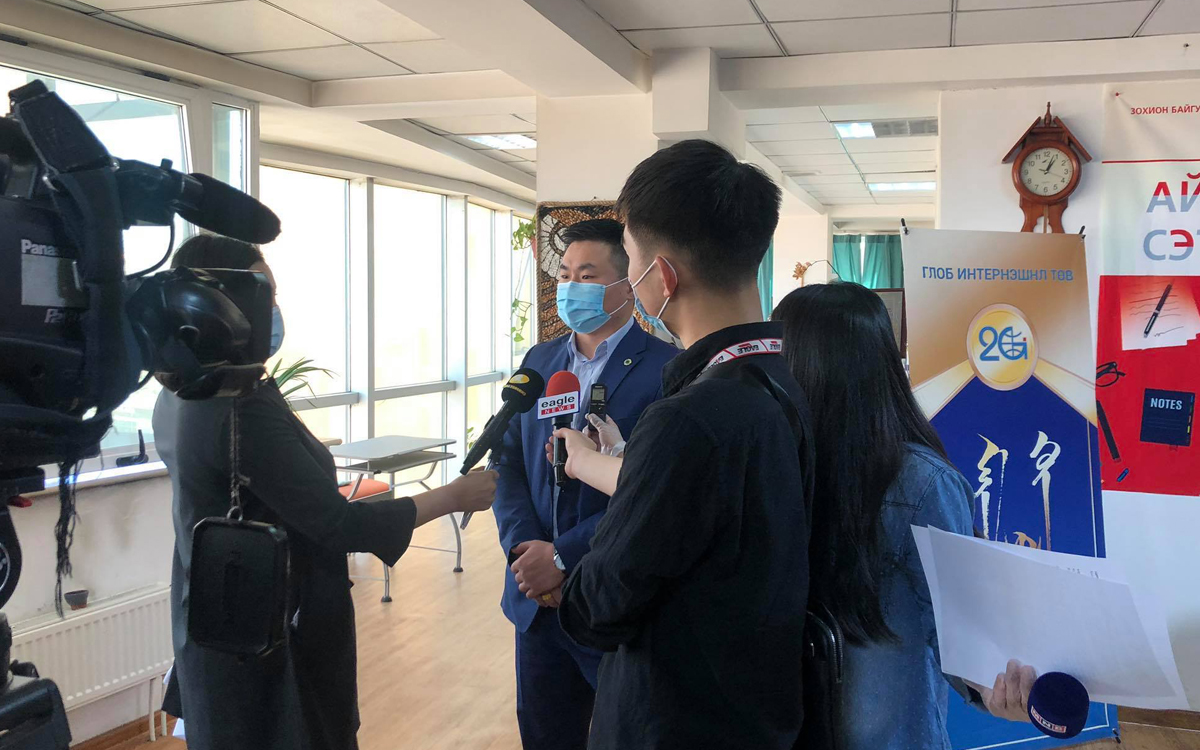 Finally, B.Purevsuren, Lawyer of GIC, presented the survey results of the violations of journalists’ professional rights and