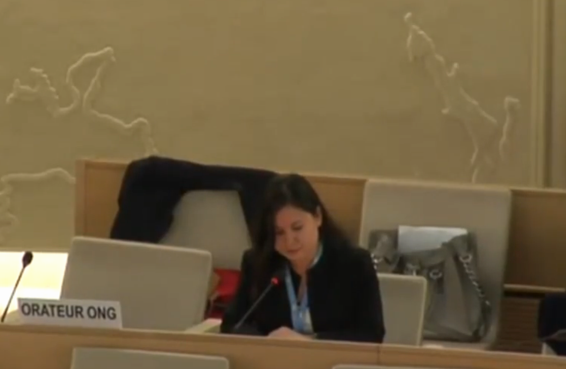 2020 marks 75 years since the founding of the United Nations (UN). CIVICUS is speaking with civil society activists, advocates and practitioners about the roles the UN has played so far, the successes it has achieved and the challenges ahead.

CIVICUS speaks to Rosanna Ocampo, UN Advocacy Senior Programme Officer with the Asian Forum for Human Rights and Development (FORUM-ASIA), a network comprising 81 members in 21 countries across Asia that works to promote and protect human rights through collaboration and cooperation among human rights organisations and defenders in Asia and beyond.

Would you say there were instances during 2019 in which the UN made a positive difference?

In 2019, the work of the UN Human Rights Council (HRC) made some positive differences in addressing human rights situations in various places, including in Asia. For example, the Independent International Fact-Finding Mission (FFM) on Myanmar presented its final report to the HRC. The report noted that there were “reasonable grounds to conclude that the evidence that infers genocidal intent on the part of the State, identified in its last report, has strengthened.” This contributed to the application filed by the Government of Gambia at the International Court of Justice, which in January 2020 made a unanimous decision ordering Myanmar to protect the Rohingya people from genocide. On the basis of the FFM’s reports, the Court also ruled that there was prima facie evidence of violations of the Genocide Convention by Myanmar. This is a clear demonstration of the complementary roles played by different UN organs and agencies.

Other recent steps toward justice and accountability in Myanmar have included the operationalisation of the Independent Investigative Mechanism on Myanmar, which will collect, consolidate, preserve and analyse evidence of serious international crimes and violations, and will prepare case files to facilitate and expedite fair and independent criminal proceedings. Another is the publication of the report on the involvement of the UN in Myanmar since 2011 to establish whether everything possible was done to prevent or mitigate the crisis. We hope that states will follow up on this work by pursuing criminal accountability, including through the UN Security Council referring Myanmar to the International Criminal Court.

In 2019 the HRC also adopted its first resolution on the Philippines in response to the thousands of deaths resulting from the government’s so-called ‘war on drugs’ and threats to civil society space. The resolution requested the High Commissioner “to prepare a comprehensive written report on the human rights situation in the Philippines and to present it to the Human Rights Council at its forty-fourth session,” which is to be held in June 2020. We see this as an important first step toward credible investigations and accountability, and hope that the HRC will follow up on the recommendations of the report. As the Philippines is a member of the HRC, the resolution on the Philippines also shows that Council membership shouldn’t be a shield from scrutiny and that members are expected to uphold human rights standards both domestically and internationally.

What things are currently not working and would need to change?

There still remain many instances in which the lack of political will, or the political and economic interests of states, get in the way of situations being adequately addressed at the HRC, including situations of grave concern and issues relating to civil society space. For example, the way the resolutions on Cambodia have played out in the past couple of years haven’t reflected the reality of the situation in the country. More should have been done than just renew the mandate of the Special Rapporteur on Cambodia. It would have been good for the HRC to mandate additional monitoring and reporting by the Office of the UN High Commissioner for Human Rights on civic and democratic space in the country, and recommend steps for the Government of Cambodia to take to restore fundamental freedoms.

What obstacles does civil society face in interacting with the UN, and what can be done about it?

The interview was firstly published by the CIVICUS on 3 February 2020, click here for the source