Case Study: Advocating for Digital Rights: Opportunities and Challenges in Pakistan
18 October 2019 11:00 am 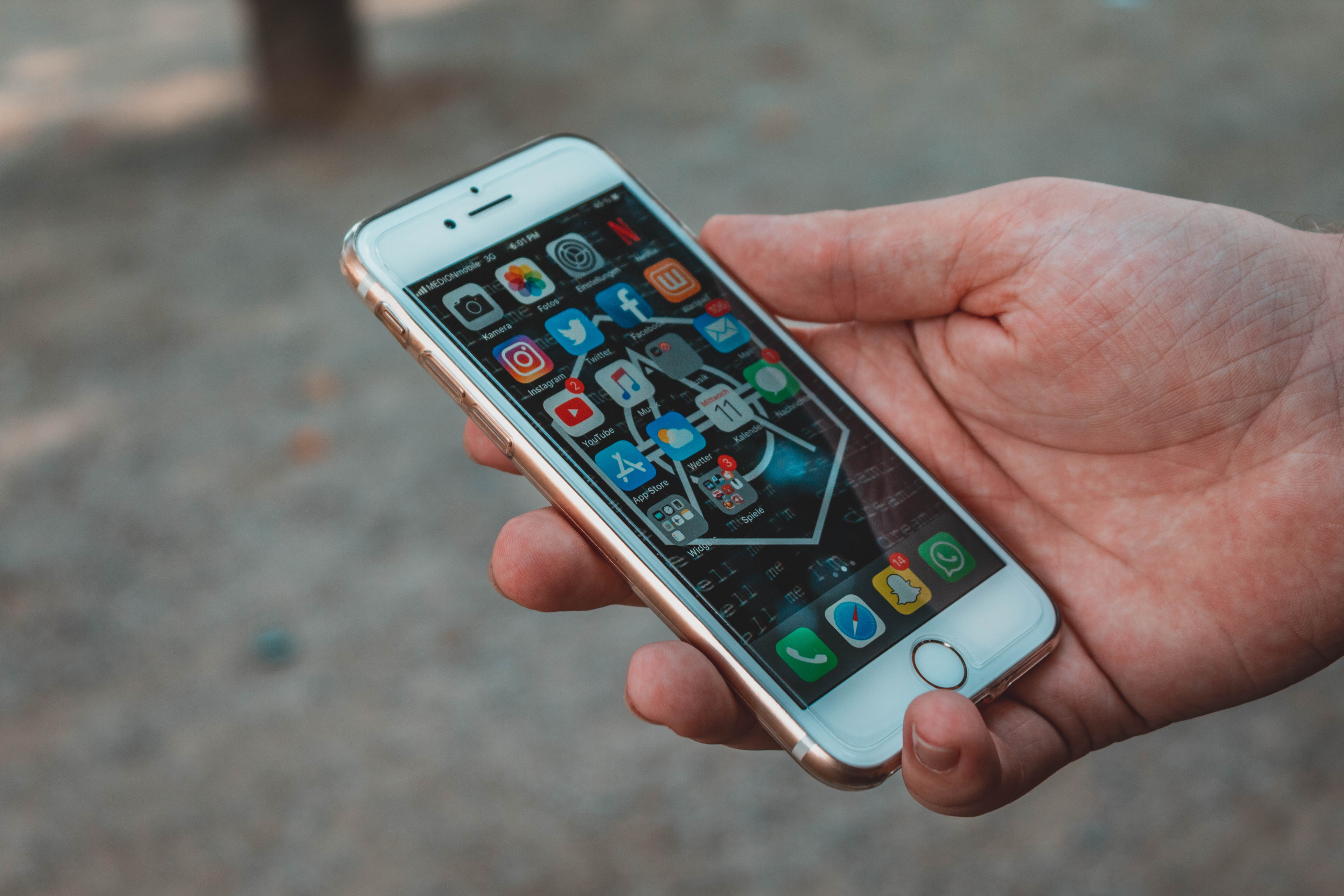 FORUM-ASIA organised its second Global Advocacy Learning Programme (GALP) on Human Rights and Development in Thailand on 27 October – 2 November 2018. Below is a case study written by one of the participants of the GALP in 2018. Information on the upcoming GALP, to be held in 2020, will be announced soon.

Advocating for Digital Rights: Opportunities and Challenges in

Talal Raza is a human rights researcher and advocate based in Pakistan. In this article, he shares his experience working on digital rights advocacy.

‘The threats to rights activists are not only physical in nature, rather they are also digital in nature,’ this is what my colleague used to tell participants while delivering a training session on digital security.

As somebody who was new to the field of digital rights in 2015, this did not make much sense to me initially. However, three years down the line, having written and researched in this area extensively, I can contend that my colleague was sadly right. In fact, threats to human rights activists in digital and physical realm continue to increase.

What are those threats? How are activists trying to mitigate those threats? Are they able to reclaim their spaces?  These are some of the questions that I intend to address while discussing Pakistan as a case study.

For a very long time, human rights activists and journalists have complained about how they are not able to freely exercise their civil liberties in the physical world despite the fact that Pakistan’s Constitution explicitly recognises them[1] and also the International Convention on Civil and Political Rights (ICCPR) to which Pakistan is a signatory.[2] They have found it difficult to exercise these rights, especially around issues that are critical of the military establishment, the religious extreme or powerful political stakeholders.[3] [4] Often, those who are perceived to have crossed a line have come under attack from all sides whenever they have tried to expose the powerful elite of their area or community. On many occasions, they have faced torture, assault, verbal threats or in some cases murdered for pursuing their work.

In 2017, for example, four bloggers were allegedly tortured for their commentary online on security policies of the State.[5] These pressures have not subsided till this day, and continue to make it difficult for open and candid discussions on issues, such as security, foreign policy and human rights. News channels are now even being targeted for providing coverage to opposition political parties.[6]

It is important to recall that the state of civil liberties was not always this bleak. In the early 2000s in Pakistan, the situation briefly changed for good, when private electronic media became operational and began to influence the mainstream political discourse. In fact, it played a crucial role in highlighting the lawyers’ movement in 2007[7] and was instrumental in the downfall of former President and military dictator Pervaz Musharaf.

In the aftermath of Musharaf’s departure, private media emerged as a powerful force that was willing to hold the political elite to account.  Soon, however, pressure from the military establishment, coupled with corrupt practices of offering favours to media tycoons from political parties in exchange for flattering coverage, seeped into private media[8]. Eventually, we came back to the same point where even powerful independent electronic media began to self-censor, not only on human rights – e.g. enforced disappearances – security and foreign policy matters, but in some cases overlooking corruption of the powerful political elite.

In the midst of this, social media became a safe space for rights activists and journalists to talk about all the issues that went unreported in mainstream media or were being deliberately ignored.  A number of activists used this space to candidly talk about the state of dismal human rights conditions of minorities, including Hindus, Christians and Jews. Some also used this space to critically analyse the follies of the counter-terrorism policies of Pakistan, and criticise the powerful military establishment. Social media spaces were being used equally by journalists and activists.

Initially, it seemed as if the state elements were not very bothered by the online expression. However, on 5 January 2017, it became clear that the online dissent was no longer welcome. Five bloggers went missing under mysterious circumstances only to return after three weeks.[9] It has been more than a year, but it can still not be ascertained who picked them up. It is believed that they were taken because of their criticism of security policies of the powerful establishment. However, when they were in the custody, an online smear campaign accusing them of blasphemy was run against them, thereby justifying their disappearance under mysterious circumstances.

Apart from that, other voices critical of the state’s narrative have been trolled online or faced smear campaigns run through numerous social media accounts. These campaigns are accompanied with doctored images, videos and even articles that would explain to readers how that activist was working on an ‘anti-state’ agenda.  In at least four different other cases, journalists that have been vocal online about human rights and security policies have either been attacked or averted attempted kidnapping in broad day light. This is just the tip of the iceberg and on multiple occasions, political activists and journalists have been charged since then for ‘disrespecting institutions.’ Recently, a former BBC correspondent, Shahzaib Jillani, was charged under cyber terrorism clauses of the Pakistan Electronic Crimes Act.[10]

All of this convinced me that what my colleague suggested in 2015 – that threats were not only physical, but digital in nature as well – was true. In fact, keeping in mind how some journalists have been physically assaulted for online speech, I would say that threats in digital realm do not just remain there, but have implications in the real physical world.

In order to help mitigate these risks and allow activists to exercise their civic, political and security rights, as recognised in the United Nations Universal Declaration of Human Rights and Pakistan’s Constitution, the digital rights community has been working on different initiatives and I was lucky to be part of many these.

For instance, during 2015-2017, I worked on a project in which human rights defenders (HRDs) and journalists working at the grassroots were trained to mitigate threats in the physical, digital and psychosocial realm. With the help of three trainers, we designed a course module that addressed the physical, digital and psychosocial aspects of their security. Since, we trained activists and journalists from different regions of Pakistan from Lahore to Gwadar, the training module was semi-structured and would evolve as sessions progressed depending  on the needs and requirements of each group. Each training would be five days long and in most cases we would choose not more than 12 different participants from 12 different organisations. The idea was that each individual representing his or her organisation would go and train his or her colleagues or fellows.  The outcome of this training was that the mind-set of HRDs and organisations about security transformed, and that they would begin taking more proactive measures to mitigate risks.

Some digital rights activists believe that apart from training individuals, it is important to ensure the availability of timely information for the wider audience, so they can understand why they should worry about digital rights. Without documenting these violations in cyberspace, a broader advocacy effort engaging policy makers both within the country and abroad will not be possible.

Other organisations have been producing annual reports on digital rights, as some activists realised that the digital landscape was changing fast and timely documentation of these violations was essential. It is with this realisation that Media Matters for Democracy (MMfd) began to extensively focus on the production of news content. I joined them in September 2017 and we started working on setting up Pakistan’s first digital rights news website, called Digital Rights Monitor. During my stint as Editor of Digital Rights Monitor during between September 2017 and May 2019, the news website produced around 100 news stories and cross posted latest research produced by itself or other organisations with a focus on Pakistan. Some of the news stories have been picked up by mainstream media organisations and

Secondly, the communications and documentation of the digital rights community of violations have mostly been written to cater to international audience in the English language. With the reports and news stories being written in English, they are only understood to a certain level.

In order to address this, MMfD occasionally does Facebook live and other digital rights activists also make occasional appearance on mainstream media to talk about online threats in Urdu. However, it is not enough and more stakeholders, including journalists need to be prepared to talk about these issues on their own talk shows so that a debate at a broader level is generated and more people can connect with the digital rights debate.

[7] The movement was started by legal fraternity and later backed by opposition political parties after then President Pervaiz Musharaf deposed Chief Justice of Pakistan Ifitikhar Chaudhary.  The movement’s growing popularity took its toll on Muesharaf’s political ambitions, and he eventually resigned from office of President in 2008. Chief Justice was later reinstated in 2009 by the new government.