Joint Statement to ASEAN Leaders: ASEAN must not consider the option of voluntary return without addressing the root causes of the displacement and entrenched discrimination of the Rohingya
11 November 2018 8:40 pm 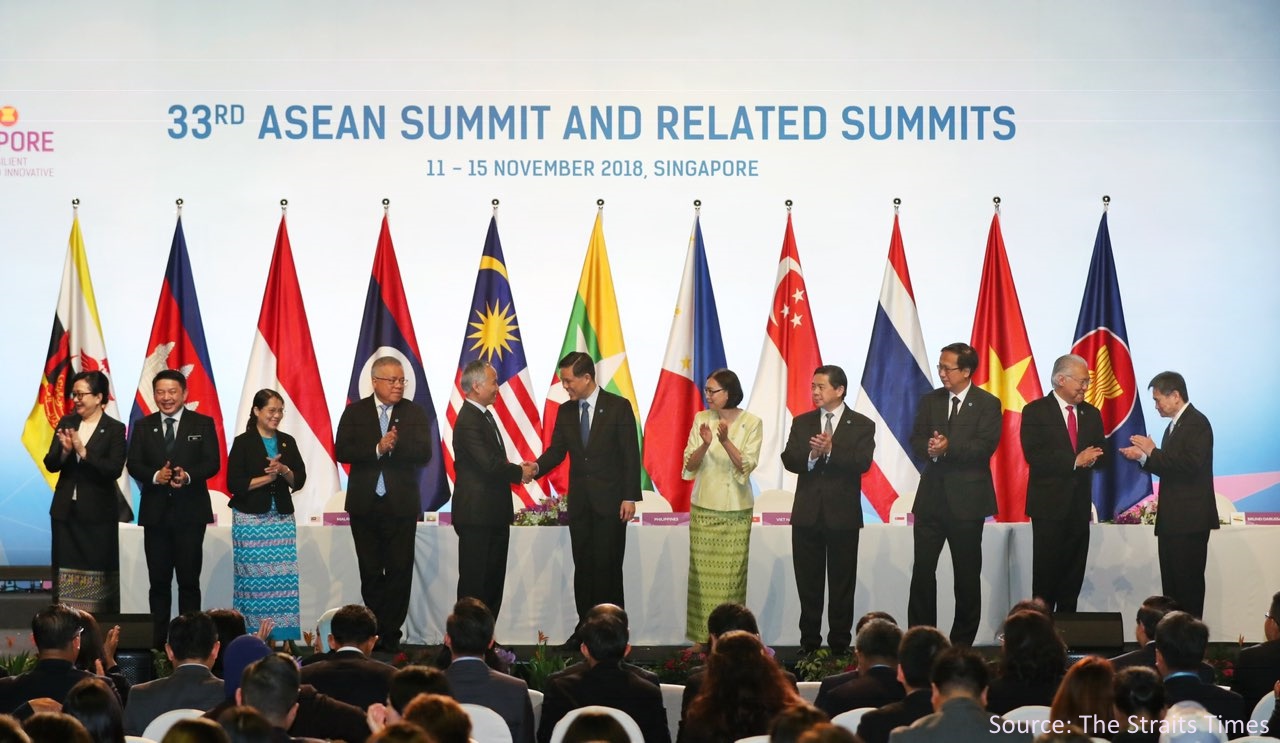 (Bangkok, 12 November 2018) – In the event of the 33rd ASEAN Summit on 13-15 November 2018, we, the undersigned civil society organisations, express our concern on the initiative of the Association of Southeast Asian Nations (ASEAN), propelled by foreign ministers of Malaysia, Thailand, and Singapore, to visit Myanmar in the upcoming month with the intention to expedite the safe and voluntary return of Rohingya refugees in Cox’s Bazar, Bangladesh to Myanmar. While noting the importance of ASEAN to provide a regional approach and to identify more effective measures and practical steps to address the Rohingya crisis in Myanmar, ASEAN must not consider the option of voluntary return without addressing the root causes of the displacement and entrenched discrimination of the Rohingya. Furthermore, ASEAN must ensure and prioritise the development of regional initiatives to push for substantial change of the conditions in Myanmar, which are now not conducive for the Rohingya to return in safety and dignity. Under the current circumstances, we are deeply concerned that the visit of ASEAN delegation will merely be used as a tool to distract and subvert calls for justice and accountability to address mass atrocities in the country. Therefore, we call on ASEAN during its 33rd Summit to encourage Myanmar to work towards resolving the root causes of displacement that not only lead to the struggle of the Rohingya but also affect the stability and peace in the region, and to hold those who have committed grave crimes against the Rohingya accountable.

We would like to draw the attention of ASEAN once again to the grave human rights violations experienced by the Rohingya, who have been forced out of Myanmar to seek refuge in neighbouring countries such as Bangladesh, Thailand, Malaysia, and Indonesia as a result of decades of systematic oppression and discrimination by the Myanmar military. This fact is reinforced by the findings of the Independent International Fact-Finding Mission on Myanmar (IIFFMM) through its report, which documented inhumane treatments against the Rohingya community, among other indiscriminate attacks, extrajudicial killings, arbitrary deprivation of liberty, enforced disappearance, destruction of property and looting, torture, rape, and other forms of gender-based violence. These findings lead to the conclusion that the persecution and actions taken against the Rohingya can be classified as a possible genocide, crime against humanity, and war crimes in accordance with international law.[1]

We note the lack of willingness of the Government of Myanmar to hold the perpetrators accountable, which has been demonstrated through: continuously denying access to the country to IIFFMM and United Nations Special Rapporteur (UNSR) on the situation of human rights in Myanmar; dismissing the findings of the IIFFMM and the UNSR; and the persistent and deliberate efforts to hinder, undermine, and obstruct comprehensive and impartial investigations by both mechanisms into the allegations. Notably, the Government of Myanmar has publicly rejected the findings of the IIFFMM report, which called for an investigation into several military generals for mass atrocity crimes and the UN Human Rights Council to adopt a resolution to create an international justice mechanism to expedite criminal prosecutions, and supported the ruling of the International Criminal Court (ICC) that can exercise jurisdiction over the atrocities taking place in Rakhine State.

We would like to reiterate that there will be neither safe nor sustainable voluntary return of Rohingya refugees unless the root causes are addressed and justice for victims are provided. These include concrete steps towards the promotion and protection of the Rohingya community that guarantee their freedom of movement and full citizenship and hold the perpetrators accountable.

We urgently request ASEAN to:

Recalling the purpose of the establishment of ASEAN to maintain and enhance peace and security, as well as to promote and protect human rights and fundamental freedoms in the region (pursuant to the ASEAN Charter Articles 1(1) and 1(7)), we urge ASEAN to weigh in towards international efforts in finding a sustainable solution to the Rohingya crisis and urge the Government of Myanmar to resolve the root causes of human rights violations. We sincerely hope that ASEAN can move in accordance with its purpose and beyond its non-interference principle to take leadership in putting a halt on the long-standing crisis in Myanmar by working towards holding the perpetrators to account.

This joint statement is endorsed by:

For a PDF version of this joint statement, click here

[1]  Report of the independent international fact-finding mission on Myanmar, A/HRC/39/64.
[2]  Fact-Finding Report on Rohingya Refugees in Bangladesh, FORUM-ASIA
[3]  No one wants the terrorists back: signs of Rohingya erased in Rakhine State, The Guardian
[4]  URGENT ACTION NEEDED TO END ONGOING ATROCITY CRIMES, Progressive Voice