2009 ANNI Report on the Performance and Establishment of National Human Rights Institutions in Asia
12 October 2009 11:58 am 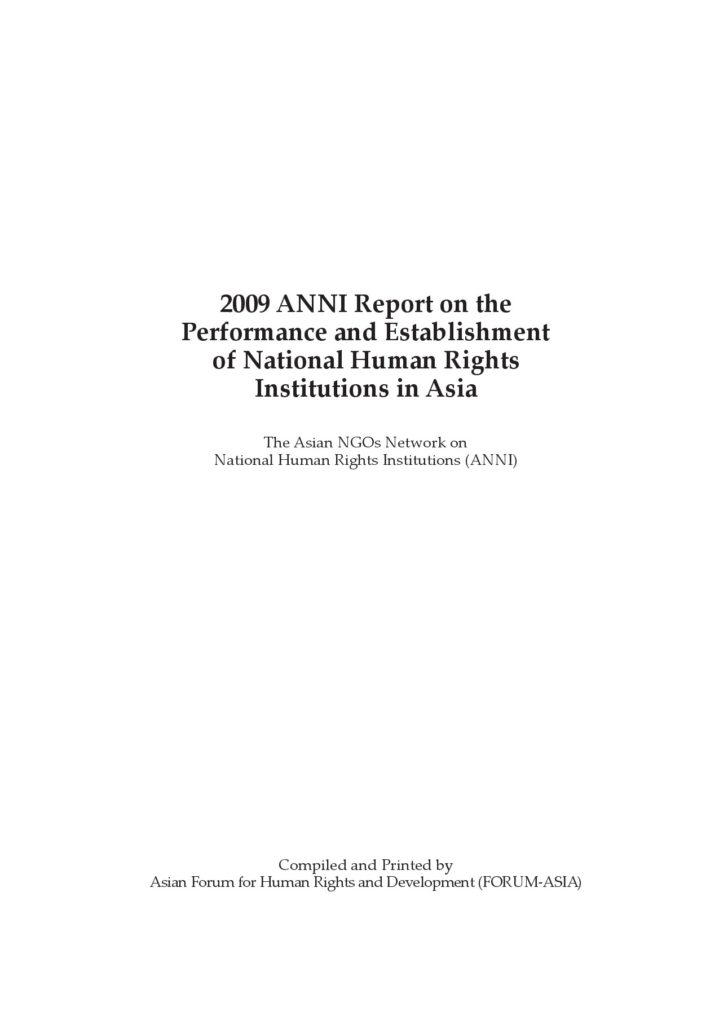 In the 2008 ANNI Report, the relationship between national human rights institutions (NHRIs) and non-governmental organisations (NGOs), has been generally described as “rocky”. A variety of reasons was given for this, but there are two main factors that emerged. First, NGOs generally engage with NHRIs if they perceive the latter as independent. Second, NGOs also generally engage with NHRIs if the latter respond to complaints of human rights violations forwarded to them effectively and efficiently.

It was for this reason that for the 2009 ANNI Report, the members of ANNI made the decision to look closely into how NHRIs in Asia select and appoint their members and how these NHRIs receive and investigate complaints filed by victims of human rights violations.

The 2009 ANNI Report reveals that in most countries in Asia, human rights defenders are often not consulted in the selection and appointment process of members of NHRIs. In some cases, the power to select and appoint is given solely to the executive branch of the Government. In other cases, it is the legislative body that is given the discretion to select and appoint the members. In most cases, there is no prior consultation nor an open announcement seeking nominations for the posts. Appointments are viewed as rewards to political allies of the appointing powers and more often, expertise and commitment to human rights are not given primary consideration.