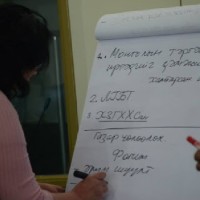 On 22-23 August 2015 a workshop will be held to develop strategies on the follow up of Mongolia’s Universal Periodic Review (UPR). Mongolia went through its second UPR cycle in April 2015. The outcomes of the review will be formally adopted in September 2015, but the government has already indicated the recommendations it has chosen [ Read more ] 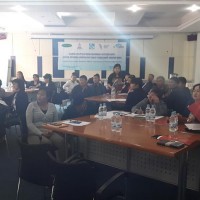 On 20-21 August 2015 the Center for Human Rights and Development (CHRD), Globe International, the Open Society Forum Mongolia, Oyu Tolgoi Watch (OT Watch) and FORUM-ASIA are organizing a National Human Rights Defenders (HRDs) Consultation on Protection Mechanisms. During the 1 ½ day national consultation, around 35 Mongolian HRDs, including HRDs from the provinces, will [ Read more ] 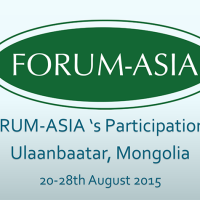 From the 20-28 August 2015 FORUM-ASIA will be involved in a range of activities in Ulaanbaatar, Mongolia. Further information and updates will be shared through our website and social media in the coming days. National Human Rights Defenders (HRDs) Consultation on Protection Mechanisms On 20-21 August 2015 the Center for Human Rights and Development (CHRD), [ Read more ] 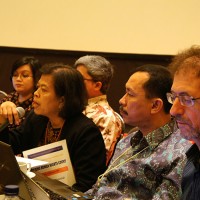 FORUM-ASIA Meeting with Activists and Students from Patani
3 August 2015 2:30 pm 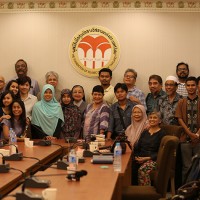 On Sunday 26 July 2015, FORUM-ASIA and some of its members from Bangladesh, India, Indonesia, Nepal and the Philippines had an informal meeting in Bangkok with activists and students from Patani, a region located in the southern part of Thailand. The former Sultanate of Patani, which nowadays comprises the three Thai provinces of Pattani, Yala [ Read more ] 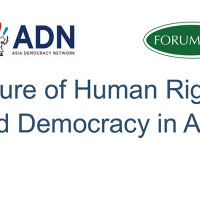 On Monday the 27th July 2015, the Asian Forum for Human Rights and Development (FORUM-ASIA) and Asia Democracy Network (ADN) will jointly organize a workshop in Bangkok, Thailand on the Future of Human Rights and Democracy in Asia. The workshop is part of a series of events taking place in the region under the theme [ Read more ] 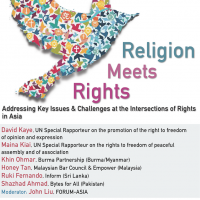 FORUM-ASIA, together with Bytes for All, Association for Progressive Communications, Global Partners Digital, the Internet Democracy Project, KontraS and ICT Watch, recently organised a regional consultation on “Expression, Opinion and Religious Freedoms in Asia” on 3-5 June 2015, in Jakarta, Indonesia. Over 140 people, comprised of experts, including the UN Special Rapporteur on the promotion [ Read more ] 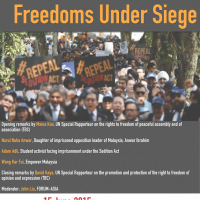 Malaysia has been ruled by one political party, the National Front coalition, for 58 consecutive years. A steely determination by the ruling elite to hold onto power at all costs has seen Malaysia plagued by issues of authoritarian rule, spiraling corruption, poor governance, race politics and worsening human rights violations. In May 2013, Malaysia’s 13th [ Read more ]

On the 4th June 2015, Prof. David Kaye, the UN Special Rapporteur on the promotion and protection of the right to freedom of opinion and expression, gave a public lecture at the University of Indonesia, Jakarta. The event was organised by FORUM-ASIA, ELSAM, Bytes for All, ICT Watch, Safenet, Global Partners Digital, APC, Internet Democracy [ Read more ]

The Gwangju Forum on the Future of Human Rights in Asia will take place on Saturday 16 May 2015 from 14:00-18:00 at the May 18th Memorial Culture Center in Gwangju Metropolitan City. It is a public event and open for whomever wants to attend. The event is co-organized by the Asian Forum for Human Rights [ Read more ]